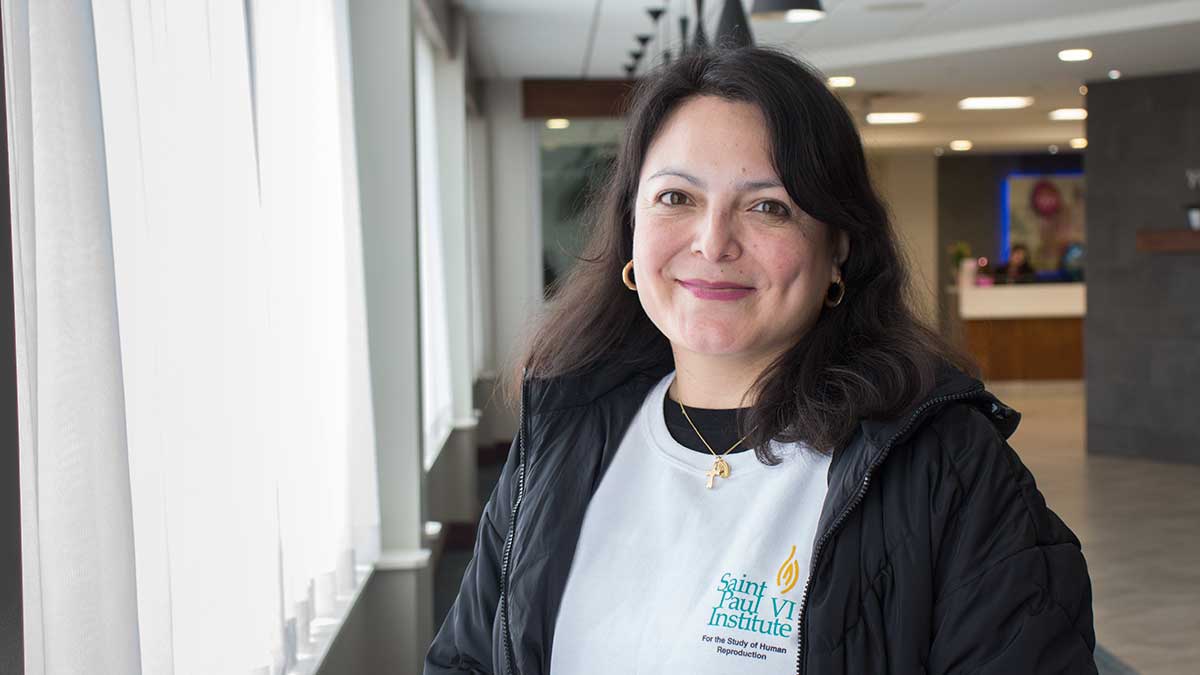 Gisela Valer Chavez is an OB-GYN in Peru, and she is the South American country’s first Peruvian OB-GYN NaPro physician. She didn’t start off on that path, however — 13 years earlier, she worked as a medical advisor for some of the largest contraceptive companies in Peru.

“I used to work as a fertility specialist in the in the mainstream mission, that is, contraception medical advisor,” Gisela said. “I was the one in charge of answering some complaints, and we knew that some medical problems are caused just from using contraceptives.”

The health concerns and some personal convictions began to lead Gisela to start looking for medical alternatives to provide for her patients.

“I realized that contraceptives were not the best way to treat [women]. I started to stop my prescriptions — but little by little. And I started to think that I would never use this, so I can’t prescribe this … And then I stopped prescribing IUDs, and I decided not to do IVF. And I started to find out that that was not good medicine.”

Some of Gisela’s Catholic patients introduced her to Helvia Temprano, a gynecologist who works in NaProTechnology, and she told Gisela about the training done by the Saint Paul VI Institute.

At first, Gisela was skeptical about the Institute’s Catholic roots. “Oh this is religious,” she said. “Like when I was a child and the nuns.” Nevertheless, she continued to pursue learning more about NaProTechnology, if only for the scientific value. “I’m a doctor,” Gisela said. “I only want to have another way to treat my patients, because IVF is not enough.”

In addition to learning about NaProTechnology, Gisela also found a renewal of her faith. “I came back to the Catholic Church,” she said. “I started to do a lot of things, personal things, that I think made me feel a better person and a complete doctor. And I started to feel happiness when I treated my patients.”

Gisela now runs a solo practice in Peru, and after the training became a NaPro gynecologist. She quickly gained a following through social media and word-of-mouth referrals from patients. “In my country, they told me that it was not going to work,” she said, “But I think that everything started to be better, because here I found good medicine — the good medicine that I was looking for.”

Two of her former patients soon began training as Practitioners. The three of them are currently the only ones in Peru using NaProTechnology. Gisela hopes that other physicians will soon join her in practicing the methods taught by the Saint Paul VI Institute.

“This is a place of hope and healing, but even for the doctors, even for our families, not only for the patients,” Gisela said. “I don’t think it’s a story so unusual, but I think that for me it was everything, because my life changed in every way … Now with NaPro I have the chance to do the medicine that I was always trying to do.”