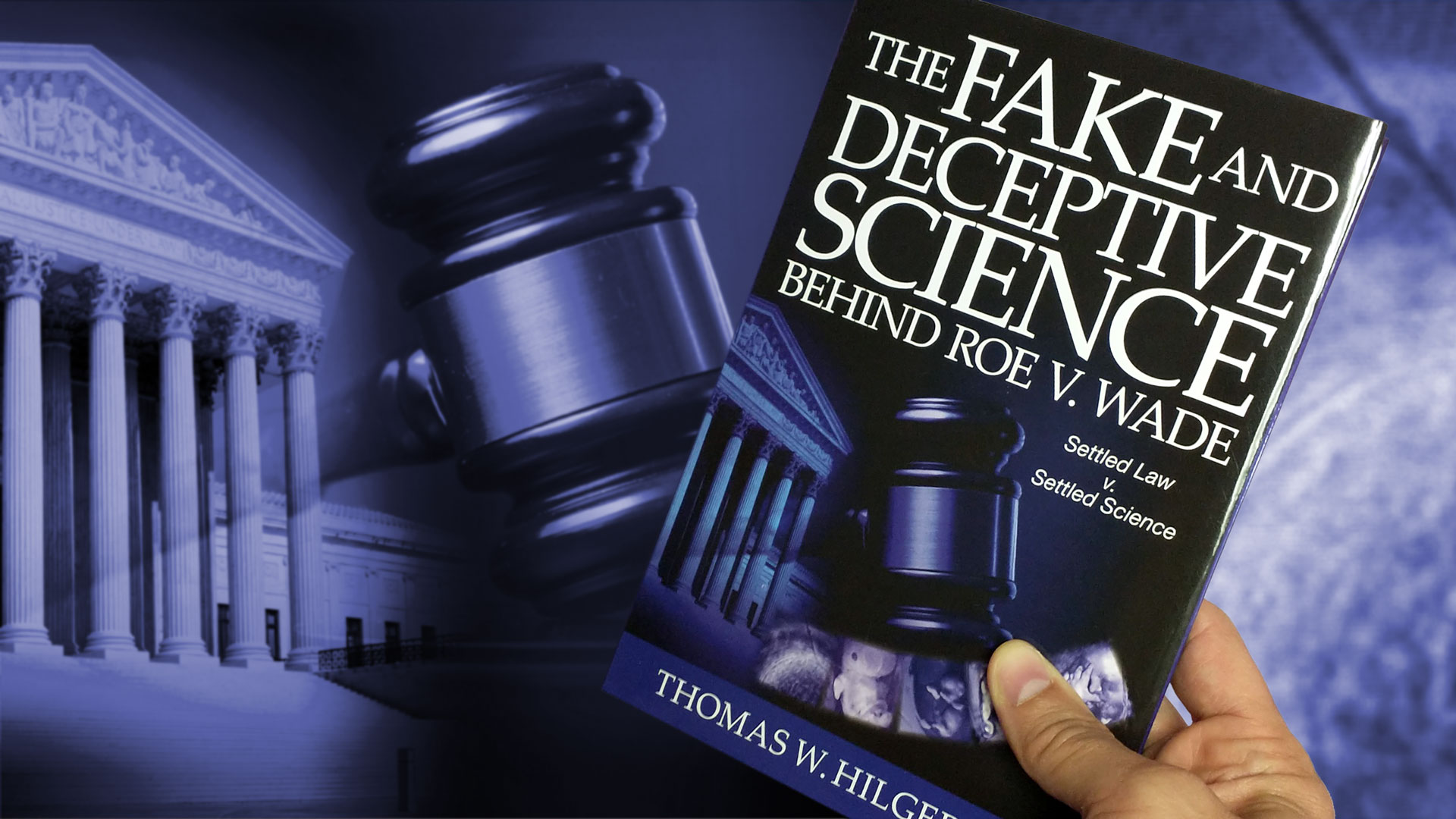 As I was beginning to think about this letter a few weeks ago, the draft opinion of Justice Alito’s decision with regard to a re-analysis of Roe v. Wade had not yet been leaked. Now that it has, I actually have a copy of it, and I have been interested in writing about it even more. So, this particular appeal letter will deal with a review of some of my own personal involvement in these decisions — a lot of which are not well known by most of our supporters.

I’ve written five books on the abortion issue, the first being in 1971, two years before Roe.

Then, after many years of involvement in the development of the Creighton Model FertilityCare™ System and NaProTECHNOLOGY®, we produced several videotapes of 3-dimensional ultrasounds of the baby in the womb and actively participated in the pro-life effort including establishing, along with my wife and several other young people, the National Youth Pro-Life Coalition (NYPLC). With this organization, the term “pro-life” was used for the first time. This organization sponsored the first National Rally for Human Life in September 1972 (at the Lincoln Memorial).

Currently, I’m working on a book I am titling “Stolen Identity: Dehumanization — It Must Be Abolished!” This book is not yet completed but, hopefully, will be ready for publication within the year. Additionally, I’ve put together a PowerPoint slide presentation that includes mostly ultrasound photographs of babies in utero, some of whom are filmed using 4-dimensional ultrasound (moving picture 3-D ultrasound), and with striking detail, one can see the incredible development of the baby in the earliest days of life. This is available for free on the internet at www.knowreality.us. I narrate this PowerPoint presentation, available to everyone, at no cost. I would suggest you pull this up on the Internet and take a look. It’s something I’m really very proud of, and we’re working on expanding this presentation.

I’ve been involved in pro-life work for many, many years. I’m one of the only authors who talks about alternatives to abortion, a topic still not often broached.

So, I send all of this to you in grateful appreciation for all the support you’ve given to the Saint Paul VI Institute, and I would like to ask you to continue to support our work and the even greater need today in supporting pro-life efforts; for 40 years, we have been on the cutting edge of the pro-life movement. Clearly the Creighton Model System is an extraordinary alternative to abortion.

In considering this donation, for every person who sends us a donation of $250 or more, I would be happy to send to you a free, autographed copy of the book, “The Fake and Deceptive Science Behind Roe v. Wade: Settled Law v. Settled Science” on whether or not Roe v. Wade was settled law or settled science. I should also point out that I’ve had the opportunity to read the Alito draft opinion and it is extraordinarily well done and so much better written than Roe. It’s a real tragedy that so much negative publicity has already come out about it; although, I certainly understand the seriousness of it being “leaked.”

Help us continue in our mission!

Thanks again for everything. God Bless You.

P.S. Let me add that the profits from all of the books and videos I have been involved with have been donated to either the pro-life organizations or to the Saint Paul VI Institute.

P.P.S. I will tell you in my next letter about the important roll the Creighton Model FertilityCare™ System  and NaProTECHNOLOGY® has had in helping resolve the abortion issue.

P.P.P.S. This June appeal will help us pay the expenses of our two new NaPro­TECHNOLOGY® Fellows due to start August 1, 2022.